Arts Sanctuary in a War-Torn City

GOMA, Democratic Republic of Congo — When Petna Ndaliko was a boy, he would head downtown to watch kung fu movies at the Cine Virunga here. On Saturday and Sunday evenings, his parents would take him to the theater. When he got older, Mr. Ndaliko became an actor himself, performing for the first time in a show at the auditorium next to this city’s Roman Catholic cathedral.

Guns and lava destroyed it all.  The cinema is shuttered now, except a small corner, which a fishmonger occupies. The local theater troupes folded as Goma became a theater of war instead. The cathedral was destroyed after Mount Nyirigongo, the volcano that looms over the city, erupted in 2002. Marauding gunmen came and went, each guerrilla group seeking to wrest control… read more 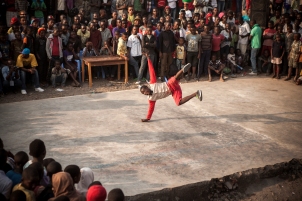 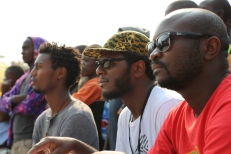 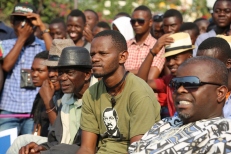